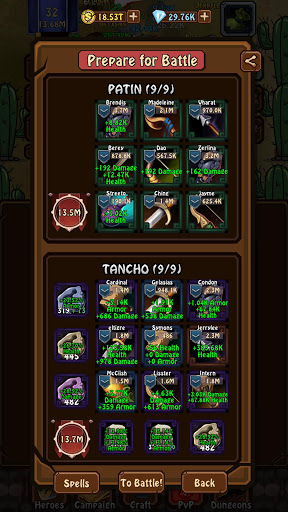 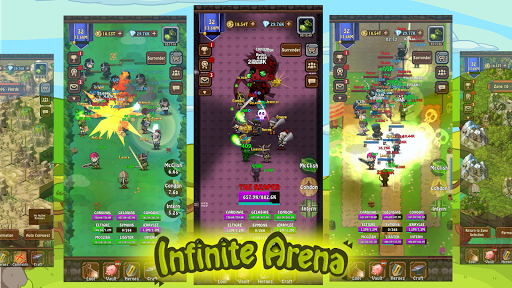 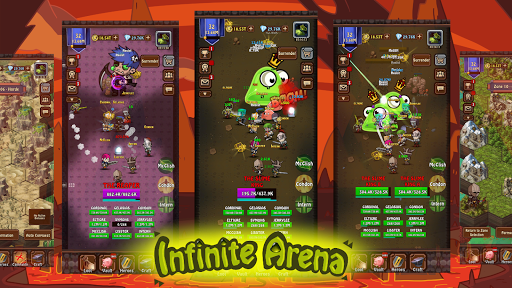 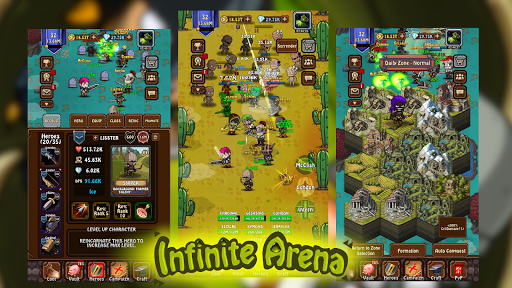 Join with other players from around the world to lead your unique formation of heroes through epic real-time battles! Recruit. Conquer. Craft. Dominate!

“Enjoyable game with almost no constraints on your units development, the more time you put in, the more you advance…Very fast developing and great community with a dev that carefully listen to his community’s recommendations and opinions.”
-Guillaume BOSC

Equip and customise your heroes, setup formations, then sit back and watch them battle automatically in real-time! Cast powerful spells to turn the tide of battle!

★Distinct Heroes★
Each hero is distinct! A large pool of job types, traits and body parts ensures that each hero is unique!
Work your way through job specific skill trees that unlock powerful skills for each hero!
Reincarnate and Promote your heroes to surpass even the strongest of enemies!

★Loads of Equipment★
Equip your heroes from a massive selection of items! Select items that suit the role of each hero to maximise their effectiveness! Match items of the same Affinity to gain powerful bonuses!

★Crafting & Upgrade System★
Collect components from battle to craft and upgrade items for your heroes! Efficiently craft while offline to maximise profit and fun!

★Worldwide PvP★
Compete with commanders from all over the world! Progress through ranked leagues for ever increasing rewards!

★Offline Loot Vault★
Clear stages and defeat players while you are online to increase the amount of gold earned while offline!

Please note that running the game on devices with less than 2GB of RAM could be potentially unstable, depending on what other applications are also running.
New Class – Shinigami
Improved early game experience.
Second and third hero skill slots now unlocks at promotion ranks 2 and 4, respectively.
Removed daily/weekly achievements that were impossible to complete.
Added more gold to campaign achievements.
Increased skill books for harder campaign achievements.
Formation orb bonuses have been rebalanced.

Tangle Fun 3D - Can you untie all knots?

In Ancient Times : The Isle of Hope