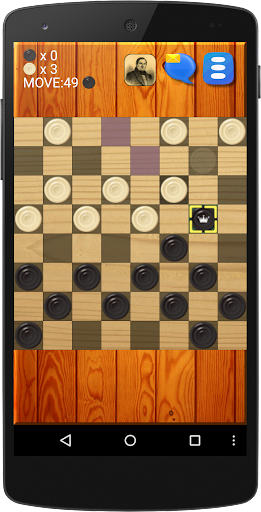 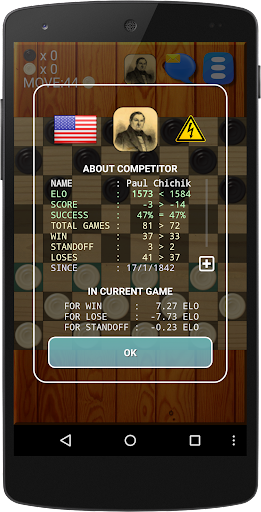 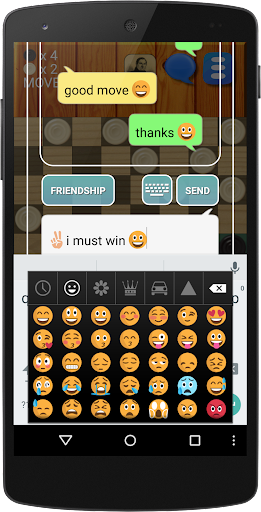 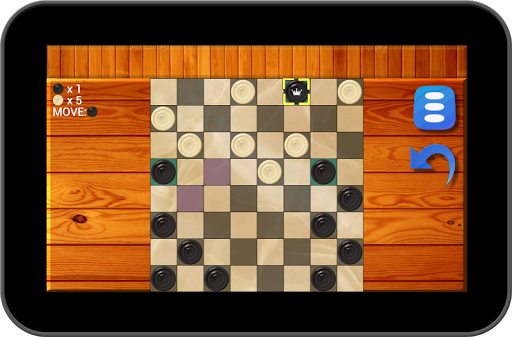 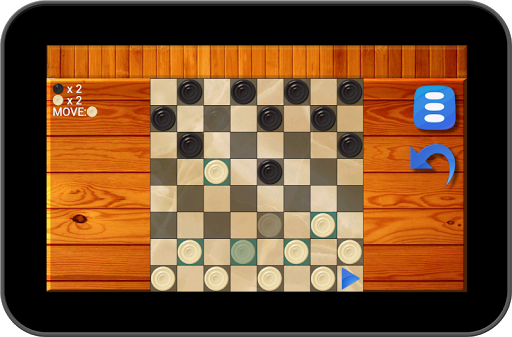 Checkers – a board game that does not need special representation, as well as, for example, the game of chess, backgammon or cards. Known since ancient times, it allows you to have a great time anywhere, anytime, for now, just phone or tablet to compete against the computer, a friend or random opponents.

+ Game as with computer and with real people – on one phone, online or via Bluetooth.

+ Large selection of game modes – russian checkers, international, british and others, including the game by their rules, plus a giveaway.

+ When you play online, you can select the flag of your country and see the name, profile photo and statistics opponent, chat (with emoji) during the game.

+ Has a global leaderboard in ELO, as well as the statistics of your games, both online and with your computer.

+ For the better to learn to play has an editor position, as well as the history of your online gaming on the moves together with the history of chat.

+ Large selection of pieces, boards, and backgrounds, plus a non-intrusive voice gameplay.

+ Standard features such as how to cancel moves, save the game, highlighting the possible moves, multiple difficulty levels.

Unique (not yet copied) function to automate routine and increase usability:

+ Automatic move, when one option.

+ Repeat your successful moves by database (database is created and updated based on your games won).

+ Turn in one touch (enough to break fingers!) free cells, if there is one option.

+ Automatic selection of figure, when one option.

+ As well as other things that distinguish the game from the competition, however better try it for yourself and vote.
– During online games, you can briefly switch to other applications without losing
– Fixed a bug when the computer stopped making moves (or working autopilot, etc. – showed up differently)
– Fixed a bug when it was possible to start an online game before loading statistics with an empty profile
– Temporarily removed invitations to the online game (are they needed at all?)